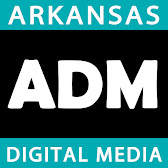 Mark Jenkins has spent the majority of his career serving in the advertising, marketing, and media industry. He is an accomplished interviewer and writer, having written and published numerous special interest stories including an exclusive interview with former Florida State coach Bobby Bowden, and is a successful author. Mark can usually be found up in the press box, on the sidelines, or court side, where he is an avid sports reporter.

Mark specializes in the writing, development, and ongoing content management for various corporate websites. He is also an experienced business consultant, having served as an analyst in the creation of several strategic business plans including Outback Steakhouse.

He is also the founder of Get Fit Arkansas, a statewide network of personal trainers and professionals whose primary goal is to promote fitness and fight obesity.

In his college years, Mark enjoyed his time at both LSU and UA-Little Rock. He holds a BBA degree in Business Administration and is a member of the Alpha Kappa Psi Alumni Foundation. Mark is also a proud graduate of Little Rock Central High.

Mark is a competition BBQ judge and enjoys traveling the state to sample some of the South's best! In his free time, Mark is an avid hiker and photojournalist. He also enjoys horse racing and going fishing with his daughter.

Arkansas Digital Media maintains an extensive network of the best consultants and freelancers in the industry and we are always searching for great talent!

We are currently seeking writers, reporters, content developers, and photographers.

Students are encouraged to apply via our internship program. Please feel free to call

Arkansas Digital Media is a 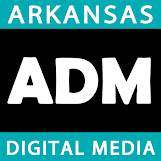